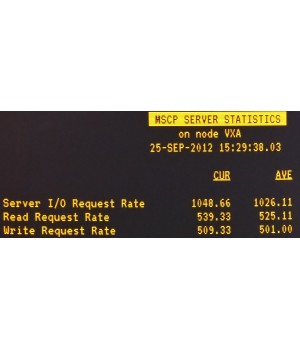 Qty:     - OR -   Add to Wish List
Add to Compare
Description Ask about this product or request a quote

Links  are for information purposes and in no way are the opinions of Island Computers. Use these links at your own risk.

The initial release of VAX MP supports Intel x86 and x64 processors based machines as a host hardware platform with Windows, Linux or OS X as a host operating systems. The number of VAX MP virtual processors is limited to the number of host machine’s simultaneous execution units (logical CPUs). For example, a PC with quad-core i7 processor has hyperthreaded cores and would allow to run VAX MP instance with up to 8 virtual processors. VAX MP had been tested to OpenVMS VAX theoretical limit of 32 processors.

VAX MP is an architectural simulator. The focus is on OpenVMS SMP capability, rather than a simulation of specific historical hardware. Therefore VAX MP does not attempt to simulate any historically existing VAX multiprocessor model (although it may be used as a stepping stone towards further development of such a simulator). Instead VAX MP simulates a multiprocessor variant of MicroVAX 3900, a machine that never historically existed, but complies generic VAX architecture and runs OpenVMS in SMP mode.

VT320 connected via DECserver 200 to a VAXcluster of two VAX MP nodes, each with 8 processors, under heavy cluster IO traffic

“VAX MP Technical Overview” is intended for simulator developers and those interested in VAX MP internal design and architecture.

However from the legal standpoint running VMS in SMP mode may require having a license for VMS SMP extension. Please be sure to consult “Legal information notice B” in “VAX MP OpenVMS User Manual” for more information regarding the licensing situation.

Microvax 3100-98 Complete Emulator
Get Quote
Log In For Pricing